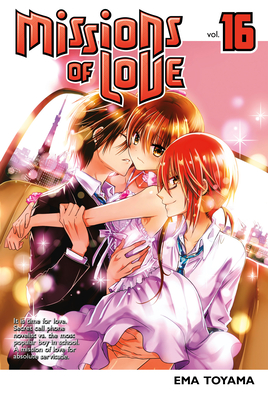 This is book number 16 in the Missions of Love series.

Romantic hijinx and sexual tension are rampant in this funny and dramatic shojo series.

Yukina and Shigure are now finally on the same page when it comes to their feelings, but their first foray into true love is no easy feat! What adventures await them in their new relationship? Meanwhile, Hisame has had a crush on Mami for a long time, but when he works up the courage to confess to her, neither of them are prepared for what happens!
Ema Toyama is a female Japanese manga artist. She made her debut in September 2003 in the monthly manga magazine Nakayoshi with her story, Tenshi no Tamago, which was published in the U.S. under the title Pixie Pop. Her other title published in the U.S. is Kodansha Comics' I Am Here. Almost all of her works are published by Kodansha.