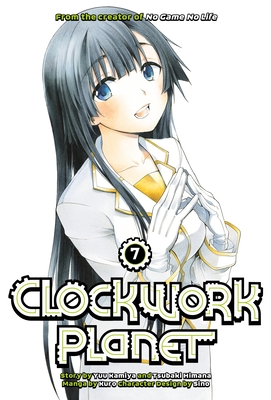 This is book number 7 in the Clockwork Planet series.

Amid all the conspiracies and plots, the government is forced to come to a stalemate. When threats from mysterious parties and all-powerful weapons seem impossible to overcome, the leader of the military coup starts calling the shots. What's more, the leader's intent behind the coup is more dangerous to humanity than any could have imagined. Japan's national crisis has hit its peak, and Naoto and his friends stand at the core!
Yuu Kamiya is a Brazilian-Japanese creator who started his career as a manga artist but turned to novel writing for health reasons. His No Game No Life series was one of the top-selling Japanese book franchises of 2014, and was adapted into a manga and anime. Clockwork Planet is his second major franchise to be translated into English.