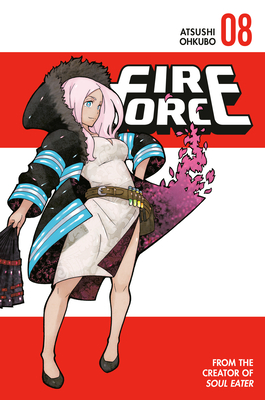 This is book number 8 in the Fire Force series.

The battle at Vulcan's workshop continues, and Shinra finds himself face-to-face with his long-lost brother, Shō. Shinra is determined to keep the promise he made to his mother, but Shō has other plans: He orders his knights to destroy Company 8 and take Shinra back to the Evangelist with them!
Atsushi Ohkubo made his manga debut in 2001. In 2004, he created Soul Eater, which would run for seven years and become an international bestseller, later adapted into a hit anime broadcast on Cartoon Network. Fire Force is his first manga for Kodansha Comics.