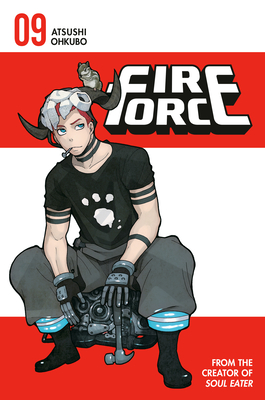 This is book number 9 in the Fire Force series.

With the help of their new scientist Viktor Licht, Company 8 has tracked the Evangelist's minions to their hideout in the forbidden underground known as the Nether. With special permission from the Holy Sol Temple, our heroes launch an attack, but the enemy is ready for them. And when the members of Company 8 become separated from one another, they must find the courage to face their battles alone!
Atsushi Ohkubo made his manga debut in 2001. In 2004, he created Soul Eater, which would run for seven years and become an international bestseller, later adapted into a hit anime broadcast on Cartoon Network. Fire Force is his first manga for Kodansha Comics.