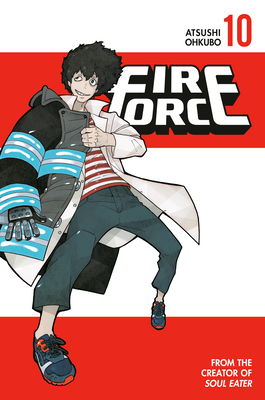 This is book number 10 in the Fire Force series.

Shinra has found Shō at last, and he's eager to rescue him from the clutches of the Evangelist. But Shō has no memory of his older brother, and refuses to accept the possibility that the two of them are related. Shinra's only choice is to beat Shō up and drag him home, but how can he defeat someone who has the power to stop time?
Atsushi Ohkubo made his manga debut in 2001. In 2004, he created Soul Eater, which would run for seven years and become an international bestseller, later adapted into a hit anime broadcast on Cartoon Network. Fire Force is his first manga for Kodansha Comics.