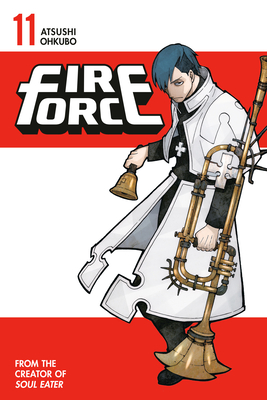 This is book number 11 in the Fire Force series.

THE FIRES OF REVELATION

After receiving a near-fatal injury from his brother Shō, Shinra's life is saved by the healing fire soldiers of Company 6. When he wakes up from his coma, who should appear before him but Leonard Burns, captain of Company 1. He's ready to tell Shinra about the fire that took his family 12 years ago, but can Shinra handle the truth?
Atsushi Ohkubo made his manga debut in 2001. In 2004, he created Soul Eater, which would run for seven years and become an international bestseller, later adapted into a hit anime broadcast on Cartoon Network. Fire Force is his first manga for Kodansha Comics.