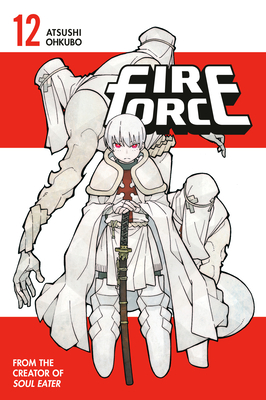 This is book number 12 in the Fire Force series.

Shinra has experienced another Adolla Link, but this time it has allowed a mysterious girl known as the "First Pillar" to take over his mind. He claims to have given up on being a hero and now wants nothing but revenge. Can Arthur bring Shinra back to his senses, or will the Knight King have to slay his old rival?
Atsushi Ohkubo made his manga debut in 2001. In 2004, he created Soul Eater, which would run for seven years and become an international bestseller, later adapted into a hit anime broadcast on Cartoon Network. Fire Force is his first manga for Kodansha Comics.