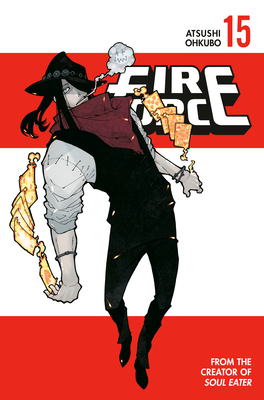 This is book number 15 in the Fire Force series.

After their shocking discovery at the Oasis, Company 8 is forced to keep quiet while the top brass decide what to do with the information they obtained. Meanwhile, tired of all the secrets, the mysterious Joker teams up with Company 7's Captain Benimaru to fight a common foe: the leaders of the Holy Sol Temple!
Atsushi Ohkubo made his manga debut in 2001. In 2004, he created Soul Eater, which would run for seven years and become an international bestseller, later adapted into a hit anime broadcast on Cartoon Network. Fire Force is his first manga for Kodansha Comics.