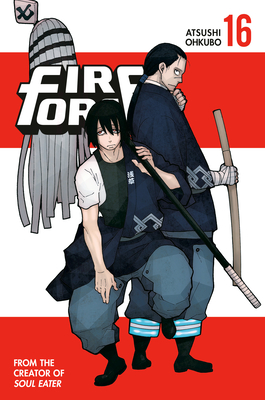 This is book number 16 in the Fire Force series.

Now that Company 8 has learned that Haijima Industries is using children in an attempt to spark an Adolla Burst, Shinra is eager to put a stop to their heinous practices. To infiltrate their facilities, he agrees to let them study his own powers, and now he must face one of the ghosts of his childhood--the evil Kurono, a twisted pyrokinetic with enough power to rival the toughest soldier on the Fire Force.
Atsushi Ohkubo made his manga debut in 2001. In 2004, he created Soul Eater, which would run for seven years and become an international bestseller, later adapted into a hit anime broadcast on Cartoon Network. Fire Force is his first manga for Kodansha Comics.