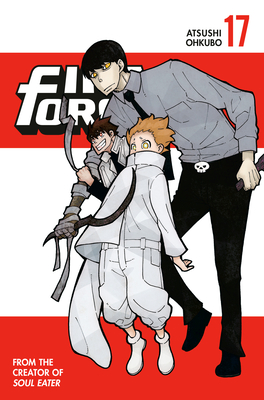 This is book number 17 in the Fire Force series.

Now that the Evangelist's goons have joined the battle, Company 8 and Haijima must join forces to keep the Sixth Pillar from falling into worse hands. But Haumea is up to her usual tricks, and unless Arthur can intervene, her mind control may lead to a nuclear meltdown...
Atsushi Ohkubo made his manga debut in 2001. In 2004, he created Soul Eater, which would run for seven years and become an international bestseller, later adapted into a hit anime broadcast on Cartoon Network. Fire Force is his first manga for Kodansha Comics.