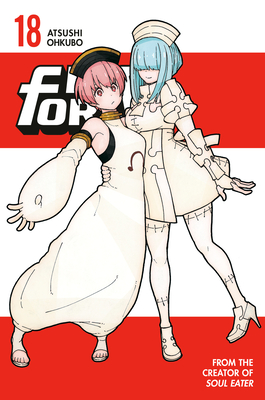 This is book number 18 in the Fire Force series.

DIVE INTO THE DARKNESS

Takigi Oze, detective in the army's Criminal Investigation Division and brother to Company 8's own Maki, investigates a case that takes him into the Nether. When he almost doesn't make it out alive, his father--the general--decides it's time for the army to do something about the Evangelist. The general enlists the help of the Special Fire Force, but adds one more demand: Maki must return to the military.
Atsushi Ohkubo made his manga debut in 2001. In 2004, he created Soul Eater, which would run for seven years and become an international bestseller, later adapted into a hit anime broadcast on Cartoon Network. Fire Force is his first manga for Kodansha Comics.