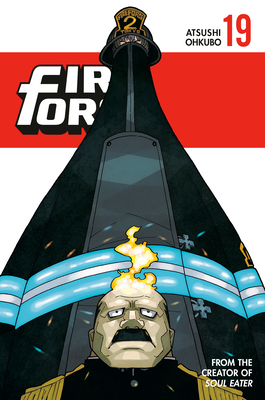 This is book number 19 in the Fire Force series.

Company 8 has joined forces with Company 2 on a large-scale investigation of the Nether, but their combined powers may not be enough. Before long, most of the fire soldiers in Company 2 are killed and brought back as Infernals by Ritsu and her Knights of the Purple Haze... What's worse, the Evangelist's minions move in on their ultimate goal: To wipe out the entire Tokyo Empire.
Atsushi Ohkubo made his manga debut in 2001. In 2004, he created Soul Eater, which would run for seven years and become an international bestseller, later adapted into a hit anime broadcast on Cartoon Network. Fire Force is his first manga for Kodansha Comics.