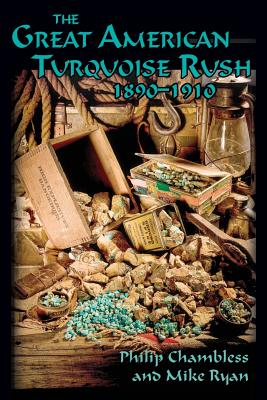 The Great American Turquoise Rush was the period of the largest concerted effort to mine, process and market turquoise in the history of the United States. It started when traditional markets for the clear sky blue Persian turquoise closed and the east coast jewelers, who controlled the jewelry trade in the United States, were forced from necessity to reappraise the quality of turquoise from the southwest. The efforts to control this new market were begun in New Mexico but would expand into other states. This is the true story of that time, largely forgotten or remembered only from oral tradition.