Without a Shot Indeed: Inducing Compliance to Tyranny Through Conditioning and Persuasion (Paperback) 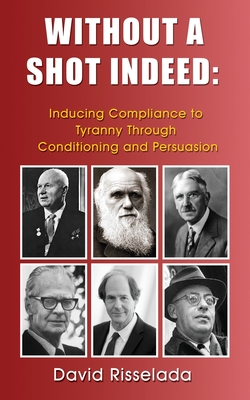 Without a Shot Indeed: Inducing Compliance to Tyranny Through Conditioning and Persuasion (Paperback)

Nikita Khrushchev proudly proclaimed the United States would one day awaken as a full-blown communist country. Americans are gullible, he said, the United States will be defeated without firing a shot. What did he mean by this? This book will attempt to answer this question by examining the social sciences used to study our behavior for the purpose of manipulating and changing it. The theories of B.F. Skinner, Cass Sunstein and others will be looked at along with scientific models from which our behavior is examined. Persuasive communication strategies designed to gain compliance will also be explored along with what is understood about the human reaction to fear. Without a Shot Indeed: Inducing Compliance to Tyranny will expose the reader to the reality that our behaviors, beliefs and attitudes are constantly under the microscope and the target of those seeking to change our nation.

David Risselada is a graduate of Liberty University's Master of Professional Writing Program and holds a bachelor's degree in Social Work. David has been writing on the socio/political issues our nation faces since being exposed to the leftist agenda in social work education. David has two previous books: Not on My Watch: Exposing the Marxist Agenda in Education and Psychopolitics in America: A Nation Under Conquest. David's writing can be seen on his website, defenseofournation.com. He is also a regular contributor to Sons of Liberty Media. David served in the Marine Corps from 1995 to 1999 and the U.S. Army from 2001 to 2006. David lives with his wife of twenty-five years, Deborah, and has two daughters.