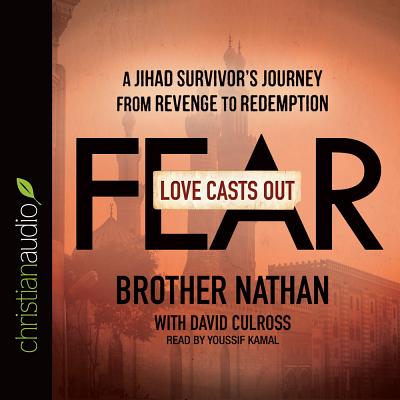 
This title is likely unavailable. Email or call for price and availability.
When Brother Nathan was a child in Egypt, he witnessed the unthinkable--his own father's murder at the hands of terrorists. At first, he struggled with his powerful urge to seek revenge against his father's assassins. Today, he ministers in the very village where his father was killed, as well as in countless other cities and villages across Egypt and throughout the Middle East.Love Casts Out Fear tells the gripping story of a deadly attack, Nathan's initial anger, and forgiveness that makes way for redemption. It also gives a firsthand account of the challenges faced today by Middle Eastern Christians, and of God's provision for a ministry that touches the lives of thousands. Readers will passionately come alongside Brother Nathan in this true-life thriller as he shares the love of Christ in a dangerous place to claim Christ as Lord.
Brother Nathan is a Christian leader currently working in Egypt, where Christians are a small minority and are subjected to many forms of discrimination on a daily basis. He graduated from university as a veterinary surgeon, but followed the call of God he felt on his life by leaving his job in 1986 to study at New Life Bible School in New Zealand. Upon completion of his studies, he returned to Egypt to begin his ministry. He and his wife have three children.David Culross has been involved in various ministries for over forty years, including church music ministry and sacred and symphonic music publication. His global mission work has taken him to more than sixty countries around the world, including Eastern European countries during the days of communism and throughout nations in Africa and Asia. His up close and personal encounters with Christians all over the world give him unique insight into the persecuted church. He currently lives in Grand Rapids, Michigan, with his wife Sharon.