The Wound and the Bow: Seven Studies in Literature (Paperback) 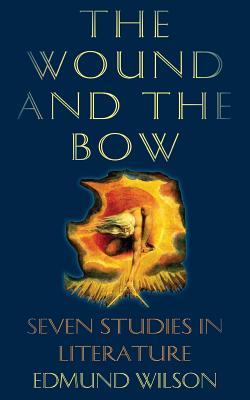 The Wound and the Bow: Seven Studies in Literature (Paperback)

"In the best tradition of literary criticism... combines exact information with shrewd and searching penetration into the personal life of the artist."-The New York Times
Where does artistic genius come from? Originally published in 1941, this classic work of literary critique by Edmund Wilson suggests an answer to that question with seven insightful essays, each one focusing on a different writer, each of which suffered some hardship or handicap that led to the creation of some of the most powerful works of literature.
The first two studies, of Charles Dickens and Rudyard Kipling, cover each author's full body of work and reveal how in each case an unhappy childhood later resulted in mature artistic works later in their lives. Subsequent appraisals analyze the writings of Ernest Hemingway, James Joyce, Jacques Casanova, Edith Wharton, and Sophocles. Wilson's keen insights and analysis, weaving his thorough knowledge of history, biography, and psychology, led F. Scott Fitzgerald to call him "the literary conscience of my generation."
The title The Wound and the Bow refers to the mythical story of Philoctetes, as recounted in the final essay. The legendary Greek archer was bitten by snake and then afflicted with an incurable, malodorous wound that would not heal. After first being banished, the injured hero was later sought out by his fellow warriors for his prowess with a magic bow, and his skill was ultimately key to the Greek victory at Troy.