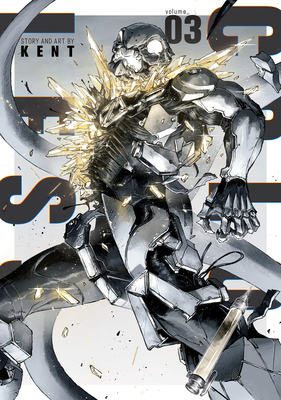 This is book number 3 in the COLORLESS series.

THE POWER OF COLOR

A massive solar flare erased nearly all color from the surface of the Earth, and the mutated descendants of the human race exist in a state of slow decline. What little color remains now holds a strange and seductive power. Some people, like the lone-wolf professor Avidia, try and understand it. Others, including the cult-like Iodopsy Order, use it for power and control. When an Order assassin draws innocent bystanders into their rivalry, it’ll take everything Avidia has to save their lives…and his own!
KENT is a manga creator best known for the debut work COLORLESS, after work as a concept artist for figurines and statuettes.