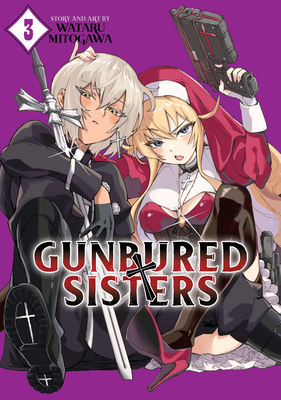 This is book number 3 in the GUNBURED × SISTERS series.

The pureblood that Dorothy and Maria encountered spoke of another half-vampire, offering an invaluable clue to Maria’s sister’s whereabouts! But this turns out to be a short-lived victory for the pair, whose relationship runs into its first major roadblock over Dorothy’s treatment of Shannon. Will they be able to reconcile their differences?
Wataru Mitogawa is a Japanese manga creator best known for illustrating the manga adaptation of hit anime Gargantia on the Verdurous Planet, as well as writing and illustrating the manga Samurai Edge and GUNBURED × SISTERS.