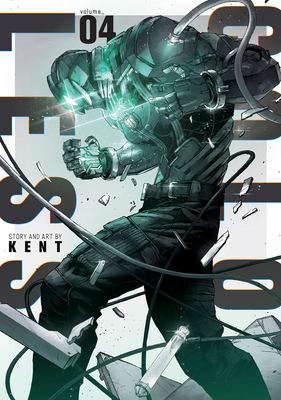 This is book number 4 in the COLORLESS series.

A stylish noir-punk thriller set in a world stripped of its color and humanity. This visually striking manga series is presented in two-tone printing that contrasts a gritty, monochromatic world with sudden electric splashes of neon color.

A cosmic disaster changed the Earth forever, stripping away every last drop of color from the world. Mankind also changed: the familiar human face is almost forgotten in a world now populated wholly by mutants. Against the backdrop of a moody urban landscape, a lone wolf investigator named Avidia relies on both his wits and extraordinary gun to hunt down the world's last hidden scraps of color. He soon crosses paths with a very special girl--one who just might hold the key to bringing back what the world has lost.
KENT is a manga creator best known for the debut work COLORLESS, after work as a concept artist for figurines and statuettes.