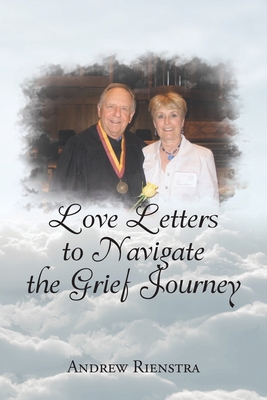 It was approaching noon, and my wife and three other women in her photography club were due to return home after a morning of photography at a nearby alpaca ranch. I was waiting anxiously because we had scheduled a golf match at our local country club after a quick lunch. As I restlessly looked out the front window for her car, I witnessed a state police vehicle pull into the driveway. Two officers emerged and walked toward our front door. I welcomed them and inquired as to the reason for their visit. The young female officer asked if I had heard about an accident on Route 209. I replied that I had not. She informed me that a large semitrailer truck had rear-ended a car stopped at a traffic light. She hesitated a moment and then added, "Your wife was a passenger in the back seat of the car and was killed."

Following the subsequent funeral, that announcement continued to haunt me. Grief became more pronounced each passing day. In a conversation about my condition with a friend, he made the comment that I try dealing with my grief by writing. As we talked further, I mentioned how much I missed talking with her, how our conversations were always so alive and animated. This prompted another recommendation. "Write her letters, express to her your feelings of grief and more." I liked that, and this book is the result. It consists of a series of letters to Mae, whoever remains alive in my imagination. It has helped bring my grief to the surface and provide necessary therapy. I have determined to publish with the hope that in some way, it may provide grief insight for others who have lost loved ones.