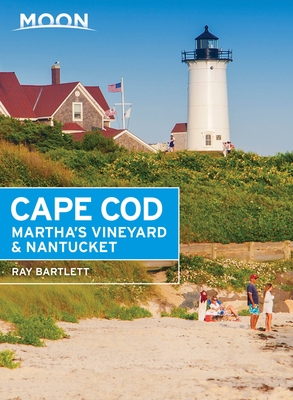 Exploring more of New England? Try Moon New England Road Trip. Hitting the trails? Check out Moon New England Hiking.
Ray Bartlett has lived on this sandy peninsula most of his life. He began his travel writing career at the age of 18 when he jumped a freight train for 500 miles and sold an article and photos about the experience to the Cape Cod Times. More than two decades later, Ray is still wandering the globe with pen and camera in hand.

Ray is often on the road in Japan, Korea, or Mexico, but when not elsewhere, he's here on the Cape. In addition to publishing numerous travel articles and books, he has also produced videos on such disparate topics as New England in autumn, Cape Cod whale-watching, and a Japanese fertility festival. Ray is a featured guest on Around the World, a syndicated radio show, and he has appeared on PRI's The World. He owns and operates a top-rated onsen website, OnsenJapan.net, and wrote a novel, Sunsets of Tulum.

When not on assignment in different parts of the globe, Ray is on the Cape, where he drinks too much coffee and burns too much midnight oil. His hobbies are surfing and dancing Argentine Tango. Find him via his website at Kaisora.com, on Facebook at facebook.com/RayBartlettAuthor, or @kaisoradotcom on Twitter.