Hidden and Triumphant: The Underground Struggle to Save Russian Iconography (Paperback) 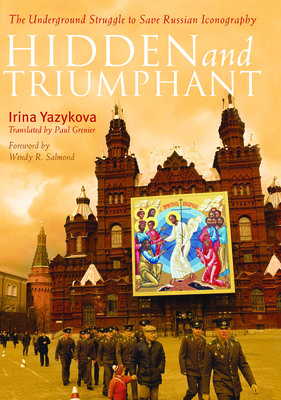 A true story—told for the first time

This dramatic history recounts the story of an aspect of Russian culture that fought to survive throughout the 20th century: the icon. Russian iconography kept faith alive in Soviet Russia after the Bolshevik Revolution. As monasteries and churches were ruined, icons destroyed, thousands of believers killed or sent to Soviet prisons and labor camps, a few courageous iconographers continued to paint holy images secretly, despite the ever-present threat of arrest. Others were forced to leave Russia altogether, and while living abroad, struggled to preserve their Orthodox traditions. Today we are witness to a renaissance of the Russian icon, made possible by the sacrifices of this previous generation of heroes.

Irina Yazykova is a scholar of art history and the theology of the icon. Her articles have been translated into many languages. She lives in Moscow and lectures at St. Andrew’s Biblical Theological Institute and Kolomna Orthodox Theological Seminary. Paul Grenier is a writer, translator, and interpreter. His recent translations include Fr. Dimitry Grigorieff’s A History of the Russian Orthodox Mission in North America. Dr. Wendy Salmond is a scholar of Russian and early Soviet art, architecture, and design and Professor of Art and Art History at Chapman University in California.