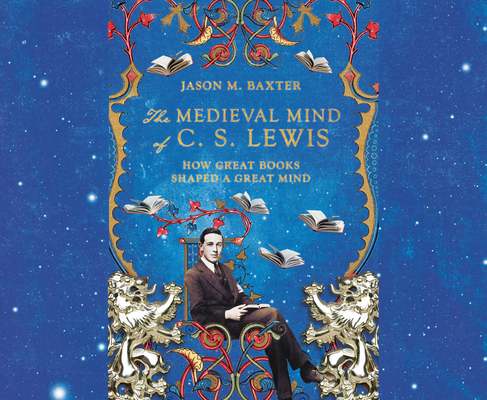 
Available for Pre-Order Now
C. S. Lewis had one of the great minds of the twentieth century. Many readers know Lewis as an author of fiction and fantasy literature, including the Chronicles of Narnia and the Space Trilogy. Others know him for his books in apologetics, including Mere Christianity and The Problem of Pain. But few know him for his scholarly work as a professor of medieval and Renaissance literature. What shaped the mind of this great thinker? Jason Baxter argues that Lewis was deeply formed not only by the words of Scripture and his love of ancient mythology, but also by medieval literature. For this undeniably modern Christian, authors like Dante and Boethius provided a worldview that was relevant to the challenges of the contemporary world. Here, readers will encounter an unknown figure to guide them in their own journey: C. S. Lewis the medievalist.
Jason M. Baxter (PhD, University of Notre Dame) is associate professor of fine arts and humanities at Wyoming Catholic College. He is the author of An Introduction to Christian Mysticism, The Infinite Beauty of the World: Dante's Encyclopedia and the Names of God, and A Beginner’s Guide to Dante's Divine Comedy.