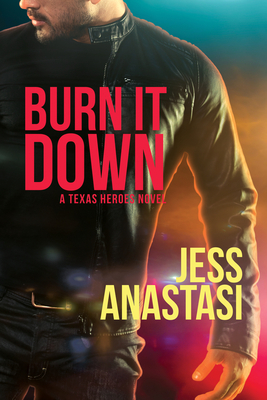 This is book number 3 in the Texas Heroes series.

When an arsonist targets a kind-hearted park ranger, a firefighter steps up to protect him… and overcome his fear of dating in the process.

Park Ranger Troy Hurst has his hands full with a long, hot summer causing fires to break out all over the Sam Houston National Forest, and it looks like the weather isn’t the only culprit. But helping two abandoned teenage boys and facing the memory of his own difficult childhood will require all Troy’s strength and courage—he doesn’t have anything left to deal with the increasingly dangerous fires.

Firefighter Jared Winters has never been one to turn his back on those in need, and Troy and his young wards are in more danger than they know. Even though Jared is still reeling from an abusive relationship and Troy’s never acted on his attraction to men, the heat between them is impossible to extinguish, and before they know it, they’re planning to become foster parents—a family.

But first they’ll need to find and stop the dangerous criminal threatening homes and lives in Everness.

Jess Anastasi has been making up stories ever since she can remember. Though her messy handwriting made it hard for anyone else to read them, she wasn’t deterred, and now she gets to make up stories for a living. With a multi-award-winning science fiction romance series to her name, her books feature larger-than-life heroes with relatable vulnerabilities who find themselves in situations that push their resolve to the limit. Jess is a tea addict who loves loud music, dancing in her kitchen, and a good book on a rainy day. A fangirl at heart, she probably spends too much time watching too many TV shows. Jess lives in regional Victoria, Australia. Find out more about Jess and her upcoming releases at www.jessanastasi.com.