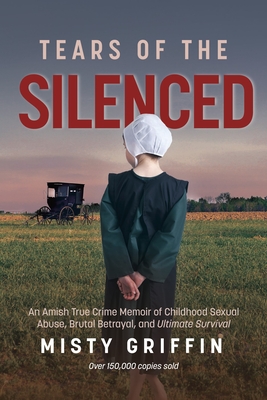 
On Our Shelves as of 9am Today
Surviving Severe Child Abuse, Sexual Assault and Leaving the Amish Church

In May 2022 Misty Griffin released #invisible, a petition calling on congress to take action and help abused children in religious communities. It is currently gaining momentum and national media attention.

A gripping story that takes you on the journey of a child abuse and sexual assault survivor turned activist. (Photo gallery included).

True story of child abuse. When Misty Griffin was six years old, her family started to live and dress like the Amish. Misty and her sister were kept as slaves on a mountain ranch and subjected to almost complete isolation, sexual abuse, and physical violence. Their step-father kept a loaded rifle by the door to make sure the young girls were too terrified to attempt escape. No rescue would ever come since the few people who knew they existed did not care.

Sexual abuse among the Amish. When Misty reached her teens, her parents feared she and her sister would escape and took them to an Amish community. Devastated to again find herself in a world of fear, cruelty, and abuse, Misty was sexually assaulted by the bishop. "...I knew I had to get help, and one freezing morning in early March, I made a dash for a tiny police station in rural Minnesota. After reporting the bishop, I left the Amish and found myself plummeted into a strange modern world with only a second-grade education and no ID or social security card." Ultimately Misty graduated nursing school and currently works as an activist for abused children.

Read true crime books and child abuse true stories like Educated, A Child Called It, The Family Next Door, or Etched In Sand? Then Tears of the Silenced is a must-read.