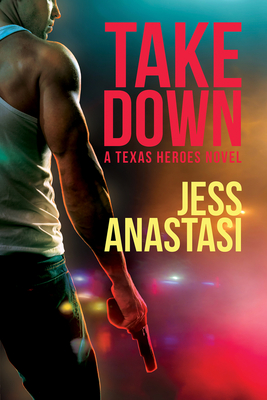 This is book number 1 in the Texas Heroes series.

A Texas Heroes Novel Attraction sizzles when Danny Jones sets eyes on Deputy Jake Perez, despite meeting over the discovery of a mutilated corpse. But being with Jake could cost Danny his family, and being with Danny could cost Jake the very thing that brought him to Everness, Texas—revenge against the man who killed his brother. How much will Jake sacrifice to take down a psychotic criminal and finally see justice served? After college, Danny thrived as a gay man in Houston. But when his mom’s cancer brings him back to small, conservative Everness, he must go back into the closet or risk the wrath of his abusive father—a choice made even harder when Danny starts to see a future for him and Jake. As the body count rises and Danny becomes a target, Jake is caught between his vengeance and protecting the man he loves. He never wanted to end up in a backward town like Everness, but Danny is the best thing that ever happened to him. Jake needs to keep Danny safe as his secrets catch up to them—especially when the threat might be closer to home than they imagined.