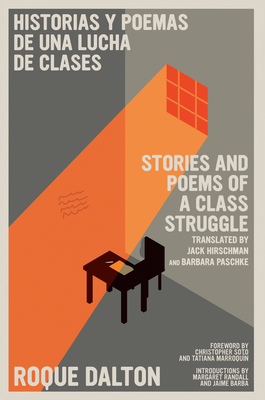 
One of Latin America’s greatest poets, Roque Dalton was a revolutionary whose politics were inseparable from his art. Born in El Salvador in 1935, Dalton dedicated his life to fighting for social justice, while writing fierce, tender poems about his country and its people. In Stories and Poems of a Class Struggle, he explores oppression and resistance through the lens of five poetic personas, each with their own distinct voice. These poems show a country caught in the crosshairs of American imperialism, where the few rule the many and the many struggle to survive—and yet there is joy and even humor to be found here, as well as an abiding faith in humanity. In striking, immediate, exuberantly inventive language, Dalton captures the ethos of a people, as stirring now as when the book was first published forty years ago. “I believe the world is beautiful,” he writes, “and that poetry, like bread, is for everyone.”

ROQUE DALTON (1935–1975) was an enormously influential figure in the history of Latin America as a poet, essayist, intellectual, and revolutionary. As a poet who brilliantly fused politics and art, his example permanently changed the direction of Central American poetry. The author of eighteen volumes of poetry and prose, one of which (Taberna y otros lugares) received a Casa de las Américas prize in 1967, his work combines fierce satirical irony with a humane and exuberant tenderness. His legacy extends beyond his achievements as a poet to his political writings and political work in his native El Salvador.
Jack Hirschman is a poet and translator. Among his recent collections of poetry is All That’s Left (City Lights Books, 2008). He has taught at UCLA and was previously the poet laureate of San Francisco.