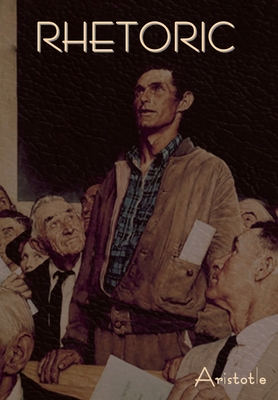 Aristotle's Rhetoric is an ancient Greek treatise on the art of persuasion, dating from the 4th century BC. In Greek, it is titled ΤΕΧΝΗ ΡΗΤΟΡΙΚΗ, in Latin Ars Rhetorica. In English, its title varies: typically it is titled Rhetoric, the Art of Rhetoric, or a Treatise on Rhetoric.

Aristotle is generally credited with developing the basics of the system of rhetoric that "thereafter served as its touchstone", influencing the development of rhetorical theory from ancient through modern times. The Rhetoric is regarded by most rhetoricians as "the most important single work on persuasion ever written." Gross & Walzer concur, indicating that, just as Whitehead considered all Western philosophy a footnote to Plato, "all subsequent rhetorical theory is but a series of responses to issues raised" by Aristotle's Rhetoric. This is largely a reflection of disciplinary divisions, dating back to Peter Ramus's attacks on Aristotlean rhetoric in the late 16th century and continuing to the present.( wikipedia.org)