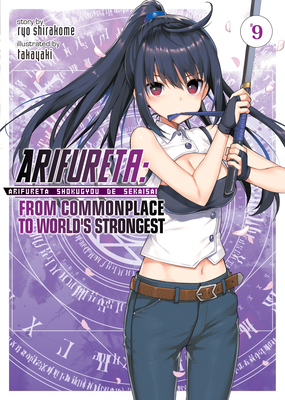 
Available in Warehouse. Wait for Email Confirmation for ETA
CHILLED TO THE BONE Having finally found a way home, Hajime and his party head to the final labyrinth—the Frost Caverns. Its frigid depths hold the last ancient magic they need to return to Earth, but upon entering the caverns, a strange presence unsettles the party and splits them up, and they become lost in a maze of ice. Separated from the others, Shizuku is forced to fight a copy of herself. Will she be able to overcome this trial and surpass her limits?
Ryo Shirakome is a Japanese author best known for Arifureta: From Commonplace to World’s Strongest. Takaya-ki is a Japanese artist best known for their illustrations in Arifureta: From Commonplace to World’s Strongest.
"...Hajime has to learn how to become superpowered and how to become a hero all on his own. It's a good twist on the genre conventions and really points out (through the parallel character of the class prince) that just having the powers isn't enough to make you a real warrior, much less hero." --Rebecca Silverman, Anime News Network