The Artificial Person and the Color of Law: How to Take Back the Consent! Social Geometry of Life (Paperback) 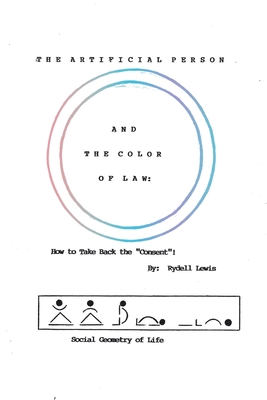 The Artificial Person and the Color of Law: How to Take Back the Consent! Social Geometry of Life (Paperback)

Give you liberty, here's the book

Ignorance of the law is no excuse.

Read through the maze of governmental municipalities and learn how the artificial person is a creature of law in registered form and thereby, through legislation has statutorily statuted the natural person into nonexistence. Learn how to establish the "separation" to begin taking back the "consent" to "contest" the artificial person presumptive evidence of the fact by the rebuttal presumption with the burden of proof that the proposition presented is true. Also learn how to apply admiralty jurisdiction, where the golden fringe flag hangs in a local court to have the nature and cause remain as a commercial proceeding, obtaining the document representing the bond for the chattel property pledged as collateral security for the performance of the obligation or repayment of the debt on the penal sum violation, thereby entering the commercial numbers upon the record to faithfully and fairly discharge the undertaking.

The author has spent over twenty thousand hours doing research and studying the material presented, starting from the Declaration of Independence and the Constitution for the Republic to the State Constitution, where unbeknown to We The People which we had created, the government, and thereof, through its own craftiness has subverted the people's liberties.

This book will guarantee to reveal who you really are.