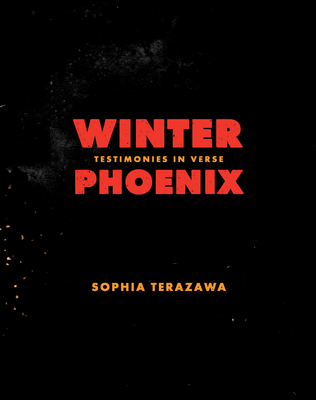 A book of testimonies in verse, Winter Phoenix is a collection of poems written loosely after the form of an international war crimes tribunal. The poet, a daughter of a Vietnamese refugee, navigates the epigenetics of trauma passed down, and across, the archives of war, dislocation, and witness, as she repeatedly asks, "Why did you just stand there and say nothing?" Here, the space of accusation becomes both lyric and machine, an "investigation which takes place in the margins of martial law, the source material being soldiers' testimonies given during three internationally publicized events, in this order--The Incident on Hill 192 (1966, Ph Mỹ District, Vietnam); The Winter Soldier Investigation (1971, Detroit, USA); and The Russell Tribunal (1966, Stockholm, Sweden; 1967, Roskilde, Denmark). Ultimately, however, Winter Phoenix is a document of resilience. Language decays. A ceremony eclipses its trial, and the radical possibilities of a single scream rises from annihilation.

Sophia Terazawa is a poet and performer of Vietnamese-Japanese descent working with ghosts. A recent graduate of the University of Arizona MFA program, she is the author of two chapbooks, I AM NOT A WAR (Essay Press), a winner of the 2015 Essay Press Digital Chapbook Contest, and Correspondent Medley (Factory Hollow Press), winner of the 2018 Tomaz Salamun Prize. Additional honors include the Bill Waller Award for Creative Nonfiction, LaVerne Harrell Clark Fiction Award, and Monique Wittig Writer's Scholarship. Terazawa's work appears widely in journals and magazines, such as The Offing, New Delta Review, The Iowa Review, and The Rumpus. Her favorite color is purple.