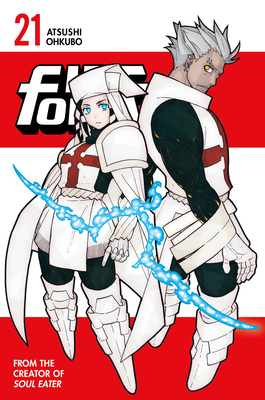 This is book number 21 in the Fire Force series.

The Evangelist has taken over the government, and their ﬁrst order of business is to arrest Captain Ōbi and declare Company 8 enemies of the state. Now fugitives from the law, Company 8 joins forces with the anti-hero Joker to invade the Grand Penitentiary and rescue their fearless leader!
Atsushi Ohkubo made his manga debut in 2001. In 2004, he created Soul Eater, which would run for seven years and become an international bestseller, later adapted into a hit anime broadcast on Cartoon Network. Fire Force is his first manga for Kodansha Comics.