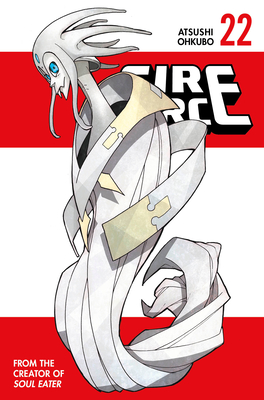 This is book number 22 in the Fire Force series.

Arthur has spent many years training as the Knight King, and now he has finally found a worthy opponent: a man who calls himself Dragon, who is just as formidable as his fire-breathing namesake. Meanwhile, Shinra fights a desperate battle against Captain Burns to stop him from turning Captain Ōbi into an Infernal!
Atsushi Ohkubo made his manga debut in 2001. In 2004, he created Soul Eater, which would run for seven years and become an international bestseller, later adapted into a hit anime broadcast on Cartoon Network. Fire Force is his first manga for Kodansha Comics.