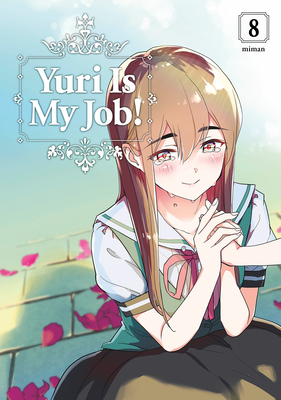 This is book number 8 in the Yuri Is My Job! series.

Putting aside their enmities, Mitsuki and Kanoko combine forces to bring their beloved Hime back to Liebe. Mitsuki has resolved to accept any harsh rejections that Hime may have, and is now prepared to work alongside her. On the day of the shared birthday event for Mitsuki and Hime, the two look picture perfect. However, when the show’s over, what Hime shares with Mitsuki is something nobody saw coming...
Miman had already been a popular contributor to yuri manga anthologies when her first series, Yuri Is My Job!, launched in 2016. It is also her first series to be translated into English.