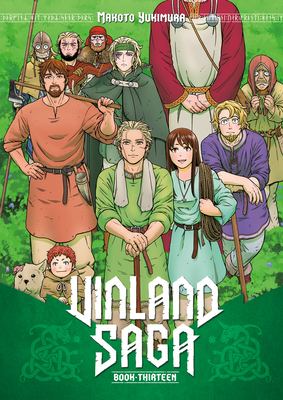 This is book number 13 in the Vinland Saga series.

One of the greatest European historical epic comics ever written continues.

Thorfinn's travels have taken him from Iceland to England, Denmark, the distant trading posts of the Byzantine Empire, and back home again. On the journey, he has amassed scars, losses, and sins to atone for, but also found strength in his friends, in his new wife, and in the dream that he's never let go, of a new land free of brutality and slavery. At last, the moment has come to set foot on Vinland--not the misty ideal he has carried there, but the real thing--and to meet the people who have made it their home for generations before Thorfinn's quest began...
Makoto Yukimura is one of Japan's most respected manga artists. His other works include the hard science fiction series Planetes, recently reissued by Dark Horse Manga.