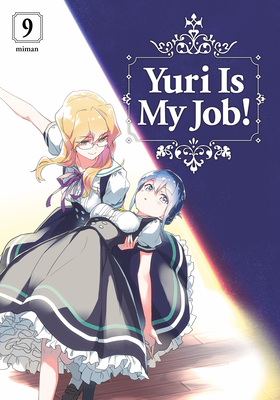 This is book number 9 in the Yuri Is My Job! series.

SUNNY DAYS
Hime returns to Liebe and a newcomer joins as well. Now the kitchen is well-staﬀed and the café is back in full swing! Of all the girls, Sumika is the most overjoyed, but she walks the salon with a foreboding that this happiness cannot last… All the while, something deep in her heart begins to change.

Miman had already been a popular contributor to yuri manga anthologies when her first series, Yuri Is My Job!, launched in 2016. It is also her first series to be translated into English.