Run Away With Me, Girl 1 (Paperback) 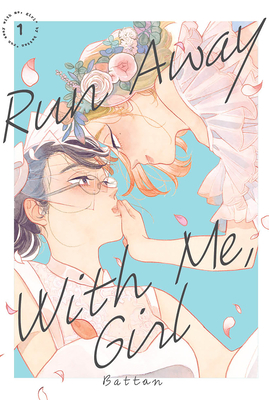 Run Away With Me, Girl 1 (Paperback)

This is book number 1 in the Run Away With Me, Girl series.

A dramatic, funny, and painful romance manga between two women about how, sometimes, you need to run away in order to find where you truly belong. Perfect for fans of coming-out yuri like How Do We Relationship? and masters of adult drama like Akiko Higashimura (Princess Jellyfish) and Takako Shimura (Even Though We're Adults).

You know that one person you just can’t forget? Not the one that got away, but the one you had, until suddenly you didn’t?

Maki’s first love was her high school classmate, a girl named Midori. But Midori broke up with Maki at graduation, saying they were now "too old to be fooling around dating girls." Ten years later, Maki still can’t get Midori off her mind, and when the two women reconnect after a chance encounter, Maki realizes that, while her feelings haven’t changed, Midori has long moved on—in fact, she's engaged. Yet the more Maki hears Midori talk about her soon-to-be-husband, the more red flags she notices. And Midori has another secret, one she hasn’t yet shared with Maki. Will it be the last blow to Maki’s hopes that their romance might be rekindled? Or will it be the push that sets them on a new path—one they’ll travel together?
Battan, known for her character-driven manga for adult women, made her debut in 2015 with the slice-of-life series Nijiiro Complex and has since made a name for herself in the yuri manga and Japanese webcomic scenes. Run Away With Me, Girl is her first series to be translated into English.