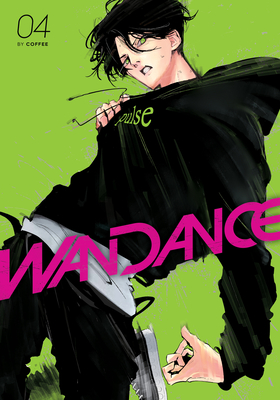 This is book number 4 in the Wandance series.

A boy named Kaboku sees a girl named Wanda dance, and suddenly burns with a need to join in. With its thrilling scenes of Japanese hip-hop dance and quirky, charming characters, this is a new, inspirational manga for fans of coming-of-age stories like Blue Period and Your Lie in April. Get up and join the Wandance!

Kaboku tries to break further out of his shell with some new dance styles, and he can’t help but wonder: How do you dance like nobody’s watching when everyone’s watching?

Kaboku’s growing confidence as a dancer and his deepening friendship with Iori inspire him to branch out and try breakdancing. He and Wanda head for the park where the local B-Boys practice, and they seem to make a real impression. Gaku Kabeya is the one breaker who seems above it all, and if he acts a little arrogant, maybe it’s because he’s really, really good at what he does. He thinks Kabo has what it takes to be a great breakdancer, but will Kabeya’s history with Iori get in the way of the two of them being friends? And speaking of Iori, On keeps pushing him to be the next club president, but he’s convinced he doesn’t have the chops. Will a chance to share what he knows with some other students help change his mind?

Published in 2015, Coffee's debut was the bouldering manga Kotera-san Climbs. The author's new series about hip-hop dance, Wandance, is now being published in English by Kodansha. It is Coffee's first manga to be translated into English.