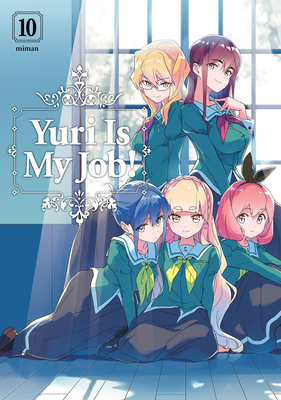 This is book number 10 in the Yuri Is My Job! series.

Sumika realizes that her friend was right about her crush on Kanoko. In order to keep things professional, Sumika distances herself from the first-year, but Kanoko doesn’t understand why Sumika’s suddenly grown so cold... As the customers in the salon begin to notice a change in their relationship, an alumna shows up, complicating things further.
Miman had already been a popular contributor to yuri manga anthologies when her first series, Yuri Is My Job!, launched in 2016. It is also her first series to be translated into English.