In the Clear Moonlit Dusk 3 (Paperback) 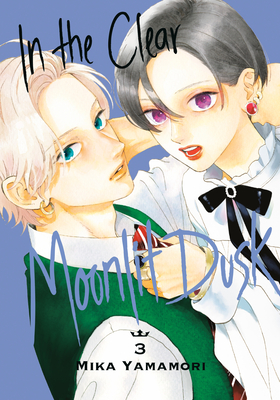 In the Clear Moonlit Dusk 3 (Paperback)


Available for Pre-Order Now
"Prince" meets prince in this offbeat high school romance, where two picture-perfect teens must see past appearances to understand what being in love really means. Don't miss out on another unique offering from the author of Daytime Shooting Star, perfect for fans of Horimiya and Ouran High School Host Club.

Yoi Takiguchi's long legs, deep voice, and handsome face are the perfect recipe for an attractive guy--until people realize she is, in fact, a girl. Dubbed a "prince" by her peers since childhood, Yoi has all but given up on being seen as anything else. That is, until she bumps into Ichimura-sempai, the school's other prince (who's a he) and gets a taste of what it feels like to be seen for her true self. The story of the two high school princes starts here!

Mika Yamamori’s past works include Sugars and Tsubaki-cho Lonely Planet. Yamamori is best known for Daytime Shooting Star, which has been adapted into several languages worldwide.