Bay of Life: From Wind to Whales (Hardcover) 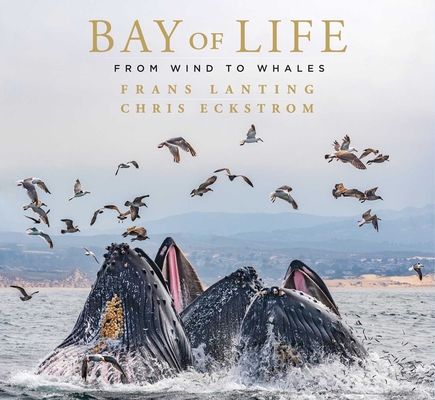 Bay of Life: From Wind to Whales (Hardcover)


Available in Warehouse. Wait for Email Confirmation for ETA
Explore the wonders of one of Earth’s natural crown jewels: California’s Monterey Bay—the hottest hot spot for biodiversity in North America, according to The Nature Conservancy.

This is a place of giants, from redwood forests on land to forests of kelp offshore. Monterey Bay supports iconic wildlife from delicate Monarch butterflies to soaring California condors, and from secretive mountain lions to majestic blue whales. All survive in a region where cosmopolitan migrants mix with rare local species.

Monterey Bay’s natural abundance is the result of a unique confluence of land and sea, shaped by the forces of fog and fire and influenced by the actions of people. After the Gold Rush, a massive overexploitation of resources stripped the land of trees and the seas of fish and marine mammals. But that ecological collapse has been reversed in our time. Bay of Life describes a remarkable recovery which shows that damaged ecosystems can be restored when people care and act together. That offers a model for other places at a time when we need such stories of hope.
Frans Lanting has been hailed as one of the great nature photographers of our time. His influential work appears in books, magazines, and exhibitions around the world. Lanting’s books include Into Africa, LIFE, Jungles, Eye to Eye and Okavango. Lanting is an ambassador for the World Wildlife Fund and has received numerous awards for his work, including the prestigious Wildlife Photographer of the Year’s first Lifetime Achievement Award. HRH Prince Bernhard inducted him as a Knight in the Royal Order of the Golden Ark, the Netherlands’ highest conservation honor.