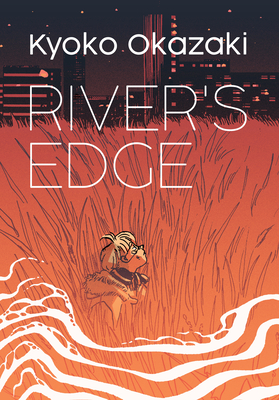 
Available for Pre-Order Now
From renowned author, Kyoko Okazaki. the creator of Helter Skelter and Pink, comes a story of adolescence filled with friendship, drama and intertwined relationships of six high school friends.

18+
Kyoko Okazaki, born December 13, 1963, is considered by many as one of the mother's of josei (women's) comics. Renowned for her mimimalist designs and tendancy to cover controversial themes, Okazaki cut her teeth in adult fiction in 1980's. While studying at Atomi University, Okazaki made her debut in Cartoon Burikko, an experiemental comic anthology primarily aimed at men.

Okazaki would then turn her focus to women's issues. Focusing on the issues of contemporary young women, Okazaki never shied away from street culture, high fashion and drug use in her naratives. She would then take on her first a long-running series called Tokyo Girls Bravo; a rare comic to be published a fashion magazine. In this case, CUTIE, which was highly successful. As Okazaki would become more directly involved in the fashion industry, she would come to reveal some of its dark side. Helter Skelter is considered her opus and it reveals a side of the Japanese fashion business that has not been seen since.

Okazaki has been in retirement since the end of the last century as she recovers from a life-threatening traffic accident.