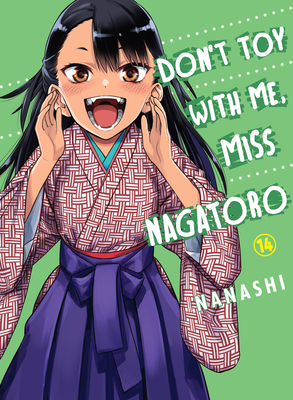 
Available for Pre-Order Now
"This is a fun new comedy series that has far more layers than you'd expect. Any fans of romantic comedy manga should definitely give this one a look." - Turnaround Comics

Nagatoro is a cute freshman in high school who loves to toy with her senior classmate (Senpai). Even though Nagatoro tricks Senpai, makes him cry, and teases him, the two of them are hardly ever apart. Do the two of them really like each other as friends? Or are they toying with the idea that they can be something more...?
Find out in this rowdy romantic comedy!
Nanashi began their career by posting artwork on Pixiv, which is a online community platform for artists and members can provide feedback. Nanashi posted early versions of Nagatoro san which gained popularity with the fans and was picked up by online manga platform, Magazine Pocket (owned by Kodansha).