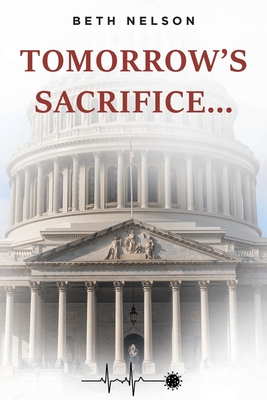 After realizing he let his fears of the 2020 pandemic get the better of him, Jack decided he made a hasty decision when he broke up with Rachel. He needed to find a way to win her back. His cheesy, romantic plan paid off, and Rachel welcomed him with open arms. He swore he would never give into his fears and let her down again. But could he keep that promise?

Jack and Rachel dated for two more years before marrying. Shortly thereafter, he was approached by the DNC chairman to run for US senator. Rachel encouraged and supported his run, and as the campaign started to unfold, he got the full support from the White House, which catapulted him into victory.

After the swearing in, he was selected to serve for the committee on health, education, and labor. Jack's goal was to ensure a pandemic like the one in 2020 never happened again. He wanted to prevent his biggest fear from ever returning. Jack devised an idea that could prevent or at the very least diminish the potential for another pandemic. Unfortunately, his idea didn't come soon enough. Another virus was already spiraling around the globe. This bioengineered virus infected a specific population while killing only a small subset. What was that subset of the population? Jack needs to figure it out before it's too late Millions of lives are at stake, including Rachel's. Would he let her down again? Would he give into his fears?