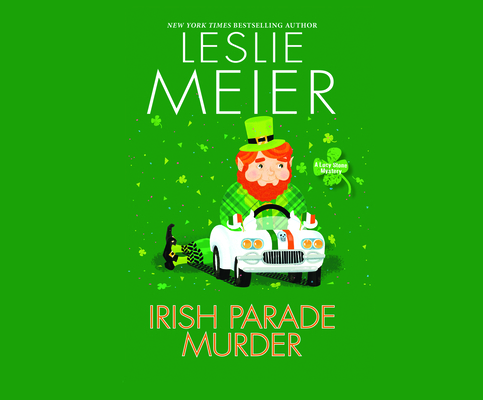 This is book number 7 in the Lucy Stone series.

After returning from her father-in-law's funeral in Florida, Lucy can almost hear the death knell of her part-time reporter job the instant she meets new hire Rob Callahan. He's young, ambitious, and positioning himself to become the Pennysaver's next star reporter. Adding insult to injury, Lucy only gets assigned the local St. Patrick's Day parade once Rob passes on the story. But before beer flows and bagpipes sound, Rob becomes suspected of destroying more than other people's careers... It's a shock when Rob is suddenly charged with sending a corrections officer from town to a fiery death. Contrary to the evidence, Lucy seriously doubts her office rival committed murder, and she's willing to follow that nagging hunch into the darkest corners of the community if it means shedding light on the truth. As an unnerving mystery unfolds, a strange woman reveals news that could change everything for Lucy and her family. Troubles in her personal and professional life are colliding, and Lucy comes to realize that she'll sooner discover a four-leaf clover than confront a killer with the gift of the gab and live to tell about it.