The Rise of a Street General: An Autobiography (Paperback) 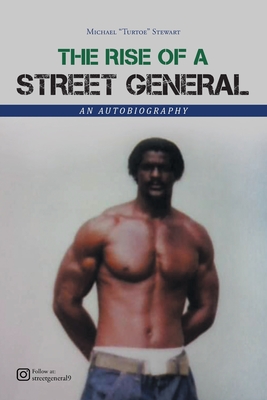 The Rise of a Street General: An Autobiography (Paperback)

The Rise of a Street General provides a unique and fascinating look into a gang members journey to rise to the top. Starting with his initiation into the gang in 1975, this story chronicles his wars with rival gangs and his years spent in the LA County Jail. It gives a look into the organized Crip movement within the California prison system during the 1980s. It witnesses the rise and fall of two Crip superpower organizations that dominated the system for a short period.

The Rise of a Street General brings you to the present-day state of affairs within the Black/African gang culture and the effects of gang psychosis and self-imposed cretinism. It separates myths from reality and facts from propaganda and dispels misconception and stigmas. For the first time ever, heres a book written by a gang member from a military and political perspective. This book also provides a psychological look into a gang members thought process as he pursues his gang career and his exit strategy from the gang, as well as his concept for peace and reducing gang violence.

This is an extraordinary and remarkable book. No other gang member this far has written a book so vividly, insightfully, and informatively, sure to leave a lasting impression on its readers. This book is destined to be a classic. The Rise of a Street General is a must-read book.