I Keep Trying to Catch His Eye: A Memoir of Loss, Grief, and Love (Compact Disc) 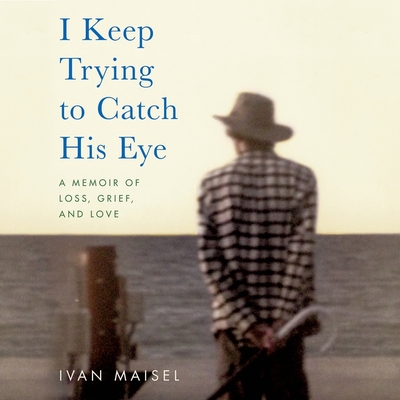 I Keep Trying to Catch His Eye: A Memoir of Loss, Grief, and Love (Compact Disc)


This title is likely unavailable. Email or call for price and availability.
An ESPN writer's account of the suicide of his son Max, delving into how his exploration of their complicated relationship led him to see grief as love. In February 2015, Ivan Maisel received a call that would alter his life forever: his son Max's car was found abandoned in a parking next to Lake Ontario. Two months later, Max's body would be found in the lake.I Keep Trying to Catch His Eye is the story of Maisel's love for a son who was so different from him, but who he loved so deeply, and how he came to learn that grief for Max was nothing more than a last, ultimate expression of love. Navigating the moments of their complicated relationship, as well as their love each other, Maisel explores the bridges he tried to build to his son and the grief that engulfed him and his family after Max's death by suicide. Taking its title from Max's love of photography--and his tendency to only love the camera when he was behind it, looking away whenever his picture was taken--I Keep Trying to Catch His Eye delves into the tragically transformative reality of losing a child, all with grace, depth, and refinement. But by humanizing Max and humanizing his grief, Maisel evokes understanding instead of sorrow, appreciation instead of anxiety--and love instead of fear.