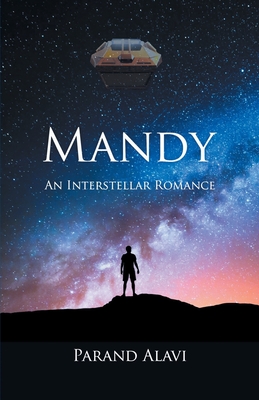 Mandy: An Interstellar Romance displays natural and aberrant relationships among a set of international characters capable of the highest nobility and the lowest behavior.

Set against the techno-spiritual bond between a scientist and his creation, the story considers the character of humanity that can demonstrate extreme malevolence, as well as ambivalent ethical nuance.

The cherished wife of a rich Iranian gunrunner is murdered by competitors. He sends his two sons, William and Alex, away to be brought up by their nanny. William becomes a rich businessman, while Alex develops into a world-renowned scientist, whose computerized robot, Mandy, is sent to explore the universe. Alex has been developing Mandy since his youth, carrying on a close man-machine relationship throughout the novel.

Growing up isolated from family, the brothers' devotion for each other is as close as possible.

Then a real woman enters the picture. The beautiful Yassi is a wholly amoral temptress who seduces men and takes their money. She has her sights set on both brothers.

Dr. Parand Alavi was born in Iran, grew up in Iraq, and attended medical school in France. She took up residence in northern Virginia 45 years ago, after passing a Board of Internal Medicine examination for practice in America. In 2002, Dr. Alavi began painting as a hobby. Her subjects most often dealt with Kurdish women dressed in their traditionally colorful garments. However, writing has come easier. Her first five Persian novels, The Empty Balloon, Mirage of Freedom, Broken Mast, Two Straw, and Dandelion are widely popular in Iran. Dandelions and Roses - A Contemporary Persian Romance is the English translation of Dandelion. A translation of the autobiographic Two Straw is planned for release soon.