Christ, the Christian, and the Church: A Study of the Incarnation and Its Consequences (Paperback) 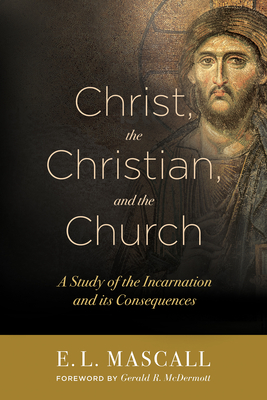 Christ, the Christian, and the Church: A Study of the Incarnation and Its Consequences (Paperback)

In Christ, the Christian, and the Church, E. L. Mascall shows how the incarnation of the Son of God is the unifying principle of the life and thought of both the individual Christian and the Church through subjects such as: eschatology, ecclesiology, pneumatology, ascetical and mystical theology, and more. Instead of reinforcing the view that Christ's descent to earth was anthropocentric, Mascall explains that it was in fact theocentric; man is woven "into the godhead" instead of "the godhead into flesh," and our actions as Christians are actions of Christ himself because of the unifying act of baptism.

Eric Lionel Mascall (1905-1993) was a leading theologian and priest in the Anglo-Catholic tradition of the Church of England. He was a philosophical exponent of the Thomist tradition and professor of historical theology at King's College London. Gerald R. McDermott is the Anglican Chair of Divinity, History, and Doctrine at Beeson Divinity School.