Jim Henson's Fraggle Rock: The Rough Side of the Rock (Hardcover) 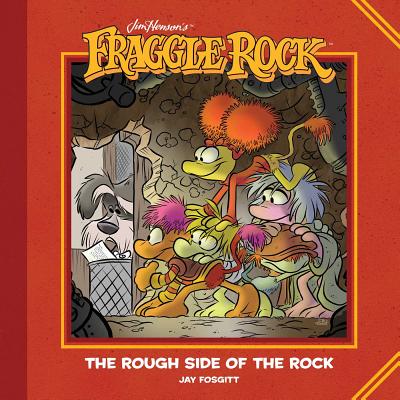 Jim Henson's Fraggle Rock: The Rough Side of the Rock (Hardcover)

It’s the annual “Splish-Splash Friend Bash” at Fraggle Pond and all of Fraggle Rock is invited! But when a few bullies decide to crash the party, Gobo, Boober, and the other Fraggles will have to look out for one another and come up with a plan to help everyone get along.

Written and illustrated  by Jay Fosgitt (Bodie Troll), Jim Henson’s Fraggle Rock: The Rough Side of the Rock celebrates Jim Henson’s timeless television series with an inspiring story of acceptance and friendship for fans of all ages.
Jim Henson was an American puppeteer, animator, cartoonist, voice actor, inventor, filmmaker, and screenwriter who achieved worldwide notice as the creator of The Muppets, The Storyteller, The Dark Crystal, Labyrinth, and Fraggle Rock.